See You in Court is a Hindi movie, which is directed by Sachin Kaushik, Dinesh Sudarshan Soi. It Starring Daisy Shah, Preeti Jhangiani, Samir Soni in lead roles. The movie produced by Ashu Priya. It’s an Indian movie.

A 12-year-old files a case against his parents with the help of his School psychologist and a Young Lawyer. 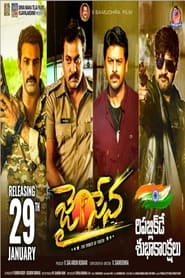