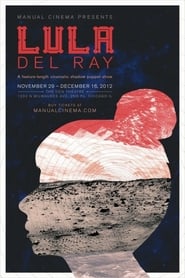 LULA DEL RAY is performed with overhead projectors, shadow puppets, actors in silhouette, and live music. Told almost entirely sans dialogue, LULA DEL RAY is the story of a lonely adolescent girl who lives with her mother on the outskirts of a vast satellite array in the middle of the desert. After a chance encounter over the radio, Lula becomes obsessed with a soulful country music duo, the Baden Brothers. Inspired by their music, she runs away from home and into a world of danger, deception, and disappointment. Set in the mid-century American Southwest and inspired by the music of Hank Williams, Roy Orbison, and Patsy Cline, LULA DEL RAY is a mythic reinvention of the classic coming-of-age story.