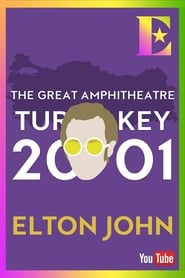 Elton walks on to the oldest stage he has ever played (built circa 200 BC) and invites the audience to join him in one of the most intimate performances he has ever given. Everything about this concert is the opposite of what most people think of when they bring Elton to mind: his wardrobe is sedate, his staging virtually non-existent, no wild spectacles or platform shoes.. Nor, for that matter, a band – just the piano player and his instrument, revealing in sublime simplicity that it’s really all about the songs. And tonight, we get to enjoy 20 of these, from his vast collection of hits (at one point, Elton jumps a decade at a time by playing ‘Philadelphia Freedom’, ‘Nikita’ and ‘Sacrifice’ in sequence) to ‘This Train Don’t Stop There Anymore’, a song that would not be released for another two months. A summer’s evening well spent, most certainly.