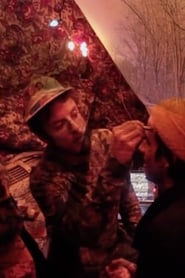 A documentary started in 2012 as part of the local radio station WUOG. Eventually it moved into an independent project worked on by various members of the Athens community attempting to depict the town from an insider’s perspective. The production came to a halt in 2014 due to several issues but restarted in fits in 2015. The length of time that the shooting and editing has taken brings new meaning and gravity the piece might not have had without these drawbacks, as it tries to move beyond a simple quirky nostalgia film and into a longer and more thought out work about time and how it can change people and a town. It does this by breaking the interviews, performances, and other footage into distinct eras, from the initial happy-go lucky view of the scene in 2013 to a more measured look in 2015 and finally a look at returning to the city after multiple years ending with the closing of Go Bar on New Years Eve 2019.