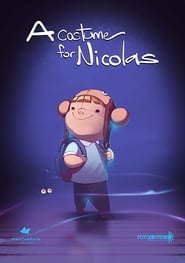 A Costume For Nicolas

A Costume For Nicolas Synopsis

Nicolas is a ten-year-old boy with Down Syndrome, every year, to celebrate his birthday, his mother made him a costume. He was a monkey, a brave pirate, a giant dragon… Everything that could boost his infinite imagination. Unfortunately, his mother passed away and Nicolas ended up living with his loving grandparents Mia and Thomas and his cousin David, who suffers from nightmares. Nicolas has only one memory of his mother, an old trunk with all his magical costumes. Nicolas will use his magical costumes in an adventure to save his cousin from his nightmares and an entire kingdom submerged in chaos.